The Golden Rectangle in Scratch Project 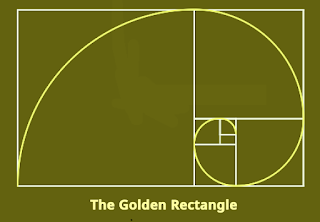 The second script starts in the lower left corner and draws (in yellow) the spiral, in one smooth motion.


I have now written a pdf file that describes a bit of the history of the golden rectangle, its relationship to the Fibonacci numbers, and the cool script that draws the spiral. When given the radius and arc length, the script draws the arc with that radius. Scratch (unlike Logo) doesn’t have any circle tools so if Scratch 2.0 really lets us create our own “blocks” then I will make this script into a block and write other circle tools.
You can view and download this project by clicking on this link.
http://scratch.mit.edu/projects/popswilson/2864811
The free pdf file can be had by sending an email request for The Golden Rectangle in Scratch file to grandadscience@gmail.com.
Posted by grandadscience at 8:14 PM