How to Draw a Circle in Scratch – Part 5 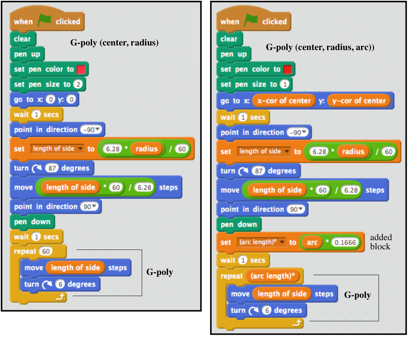 Now the script will draw a full circle if arc is set to 360 or the arc for any angle from 0º to 360º.
For all practical purposes, we have created a geometry compass in Scratch! I made a new background for the G-poly (circle, center, radius, arc) script and renamed the script Geometry Compass. In the following graphic the center was set at (15, -25), the radius to 125, and the arc to 281º. 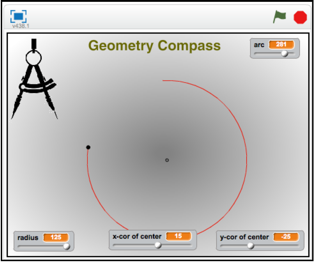 
Parts 1–5 of this series of Circle posts (in separate PDF files) can be obtained at no cost by sending an email request to grandadscience@gmail.com.

Posted by grandadscience at 7:57 AM